Clane win back to back Camogie League and Championship Titles 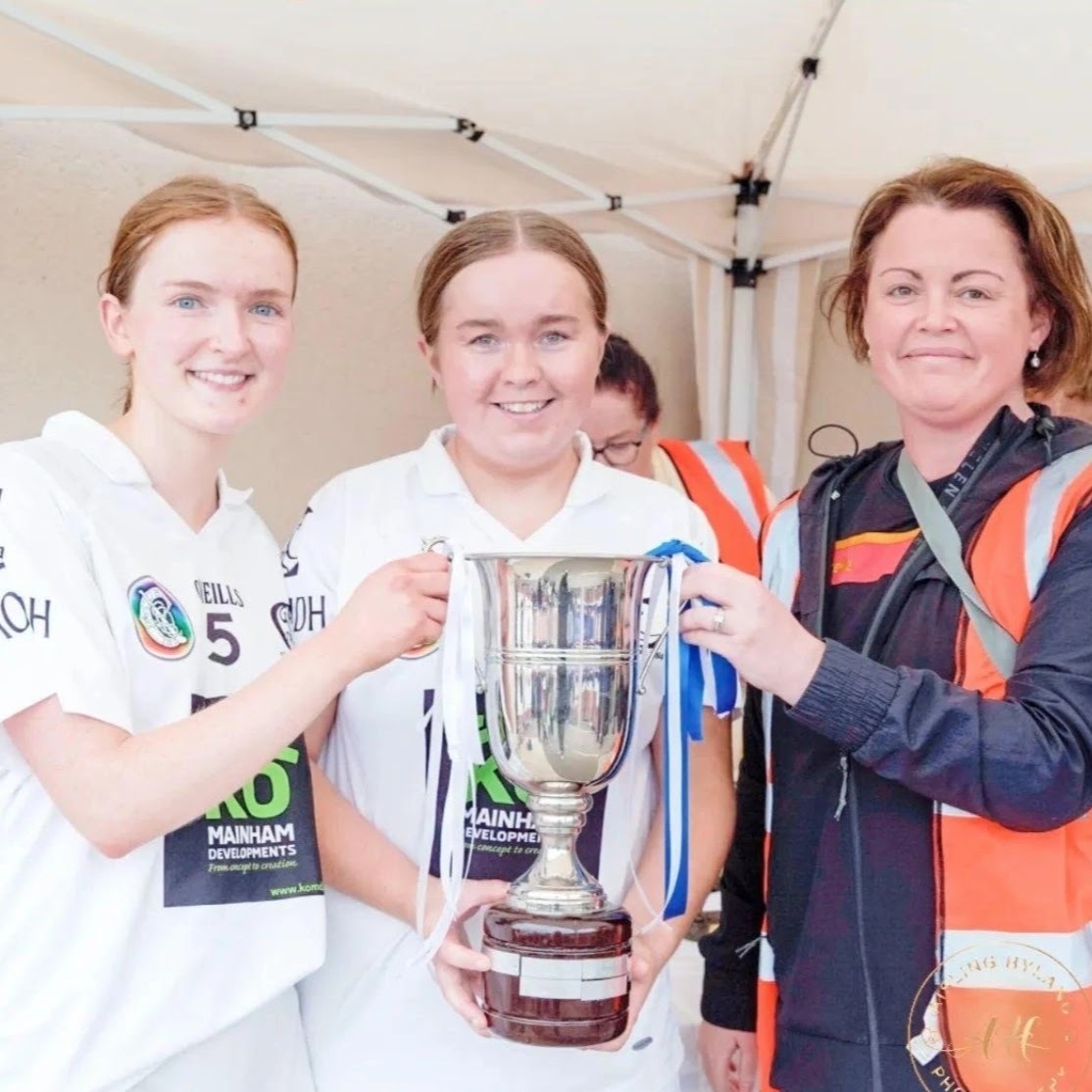 Published: about 2 months ago

All roads led to Hawkfield Centre of Excellence on Sunday October 2nd, where our junior girls were aiming to defend their championship title. A team consisting of many young up and coming players from the U16 and U17 teams along with some of our more experienced players such as Paula Kelly and Olive Holden. This group went through the entire competition with a 100% win record as was achieved in 2021. Such success ensured Clane finished top of the group securing one of the two final spots.

Confidence was high amongst the group but the girls were aware of the challenge they would face against a young and strong Celbridge team. A strong opening with Rebecca Lynch finding the back of the Celbridge net from the very first throw in with the aid of great passes from Meabh Maguire and Paula Kelly- the link play between these three girls would continue for the full game. Further points in the 6th and 14th minutes kept Clane’s lead of three points, when Rebecca Lynch got her second goal of the day in the 20th minute which would be Clane’s second last score of the half. Celbridge reduced the margin in the 24th minute when they found the back of Sarah Power’s net and followed up with a point a few minutes later. Leaving the half time score as Clane- 2:04 Celbridge- 1:03.

Mockey and Kevin had a few words for the girls at half time which included instructions to relax, stay calm and believe in the work and the effort they had put in, in the lead up to this game.

Celbridge started the second half just as they finished the first when they found the back of the Clane net reducing Clane’s lead to a point. This one point advantage would remain until Rebecca Lynch got her third goal of the day in the 54th minute by putting the ball and herself into the back of the Celbridge net. The final point of the game for Clane came from a Meabh Maguire free in the 56th and Celbridge second and last of the day came moments later. A testament to the Clane back line of Aoibheann Healy, Emma Lynch, Katie Herbert, Cathy Manning, Sarah Killaly and Isabelle Farrell who kept Celbridge out of the scoring zone for the remaining minutes when they were under immense pressure as Celbridge crowded our goal line.

The final whistle couldn’t come fast enough as the final 5 minutes seemed to last longer than the full game. Although all players couldn’t be used in the game, a special mention must go to all who contributed greatly throughout both the league and championship campaigns and continued to cheer their team mates on from the sideline. It was great to see our injured girls Erin Corrigan, Sorcha Lynch and Shannon Lynch in attendance and enjoying the celebrations; no doubt they will be itching to get back out playing.

A special mention to the management team of Mockey Lynch, Kevin Mullahy, Barbara Corrigan and Shannon Lynch who have trained the majority of this team since they were U14 along with Anne Lynch. A shoutout to physio Barbara Heffernan who helped keep our girls in top form for the duration of the season. A bright October morning lead to a bright day in the future of Clane and Kildare Camogie. 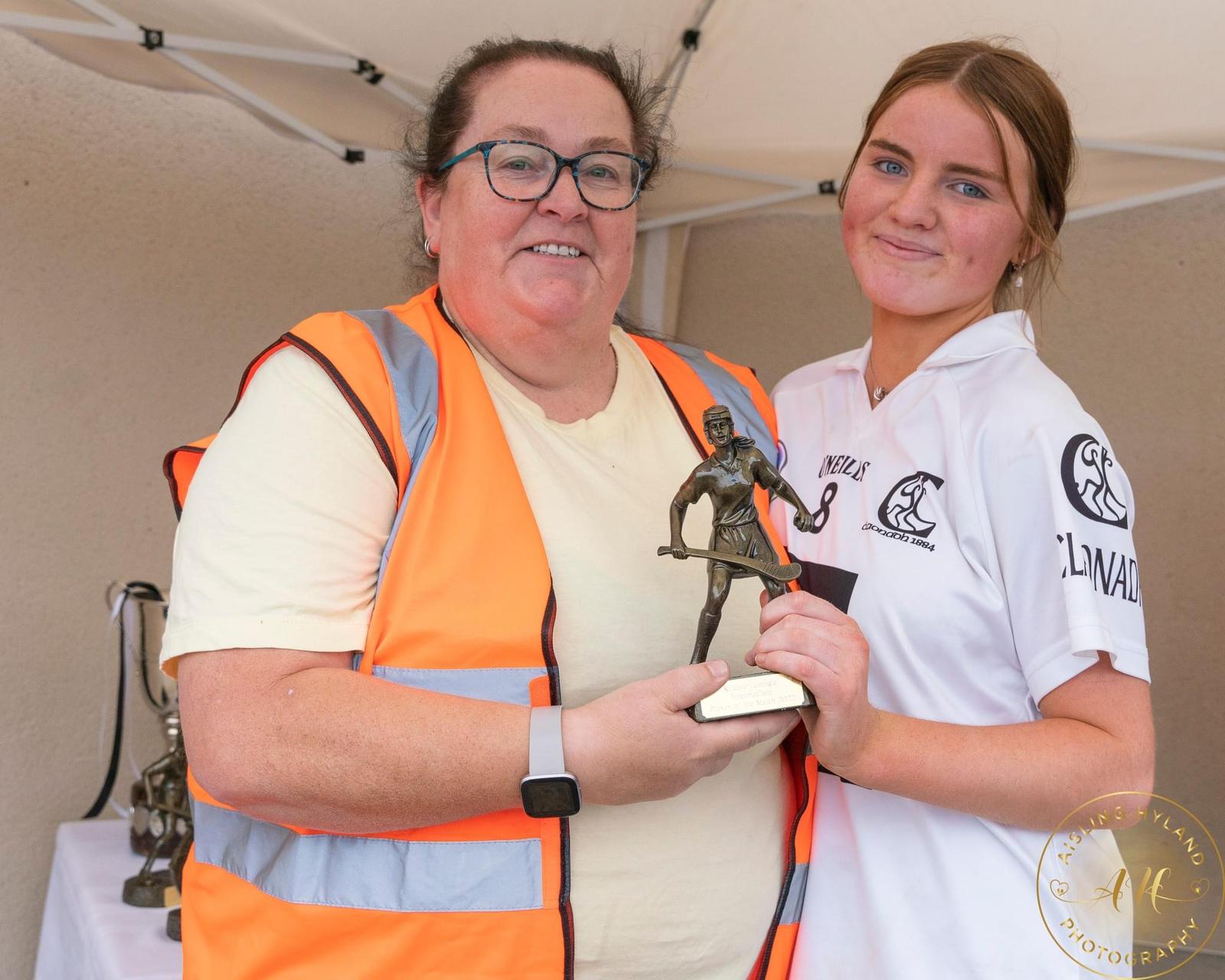 Player of the Match - Meabh Maguire 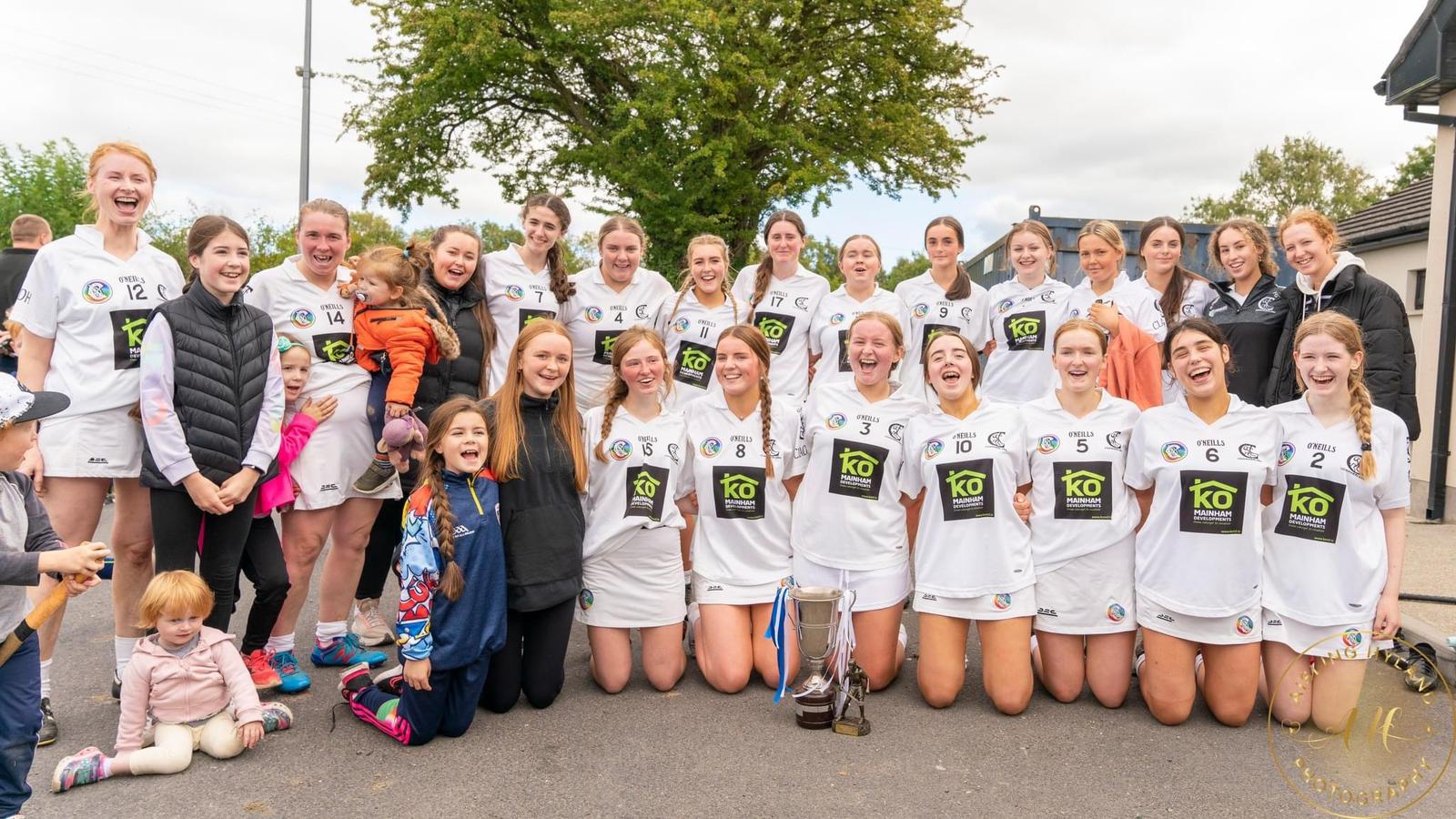 Thanks to Shannon Lynch for the Match Report

Don't forget to play our Club Lotto this weekend - Jackpo...

Join us for our annual Remembrance Mass this evening - 25...

Donation to St. Brigid's Hospice from the Pat Browne Coff...

Get live information for Club on the ClubZap App